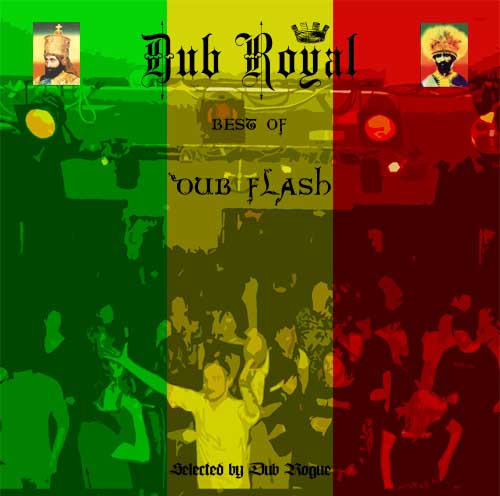 This CD was requested by a Japanese distributor who wanted an exclusive Dub Flash CD only for Japan. At the end, he did not buy as many copies as expected, therefore there were copies left for the rest of the world as well. This CD was manufactured in March 2005, right after DFR006, therefore it is actually only a Best of DFR001 to DFR006. I had planned to make DFR020 the second Best of-album but due to the digital distribution that I added years later for all releases, this release would be obsolet.

In case you wonder why there is no digital version of this album available: All tracks from DFR001 to DFR006 are individually purchasable and streamable and the three Dub Rogue tracks have already been re-released on the free DFR013, hence a digital release for "Dub Royal" makes no sense. As a fan service, I re-released the remaining four bonus tracks + one new, unreleased track as a free download on DFR017 in 2017. 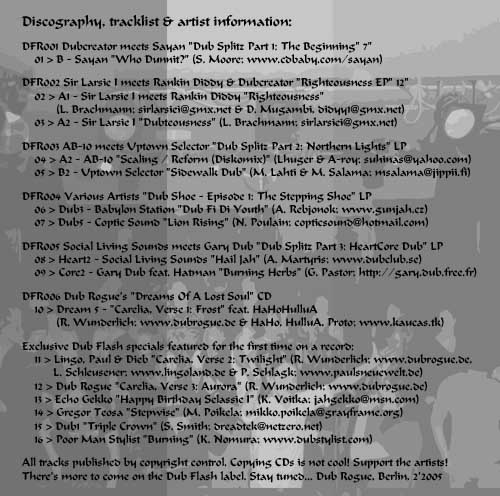 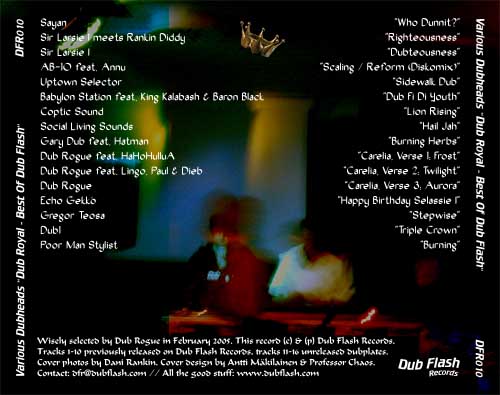